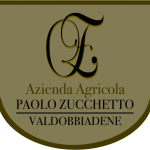 Cesare Zucchetto, a pharmacist in the small Venetian town of Valdobbiadene, had seen enough of war. When peace broke out in late 1918, the Veneto had borne the brunt of four years of battle as the Italian Army faced the combined might of the German and Austrian empires.

With the Allied victory, Cesare was determined to play a role in rebuilding the region. Starting with a small vineyard in Cartizze Alto, the beautiful hills dominating the area, he combined his love of the vineyard and passion for wine with his skills as a chemist.

The result was a Prosecco of excellent quality, favored by Venetian families celebrating special occasions and soon becoming well-know outside of the Veneto.

While continuing his pharmaceutical practice and with the vineyard growing steadily, Cesare saw the need to create a foundation that would be a place where wine growers and producers could work together to maintain traditions and thus facilitate the growth of the trade. In April 1952 he co-founded the “Cantina Sociale di Valdobbiadene”.

Cesare’s son, Paolo, inherited the passion for the vineyard and the cellar, which translated for him, after graduating in Agricultural Science, as viticulture and oenology. Paolo embarked on a decades-long plan to build the business acquiring new vineyards in Valdobbiadene and beginning production of Sparkling Wines using the Martinotti’s method.

Reintroducing and then perfecting the ancient art of fermentation in the bottle, Paolo began produce Prosecco’s beloved by wine connoisseurs and winning prestigious awards and appreciations. In the mid-sixties, when Italian sparkling wines began to be known internationally, he recognized the need to provide a new showcase for Prosecco founding the “National Exhibition of Sparkling Wines”.

Representing the third generation, Carlo Alberto Zucchetto, Paolo’s son, is the winemaker for Azienda Agricola Paolo Zucchetto. A graduate of the University of Padua in Agricultural Science, Carlo Alberto has adapted state of the art technological techniques to the traditional practices of the cellar.

With Paolo now focused on managing the vineyard, Carlo Alberto is free to concentrate on his obsession: constantly seeking perfection.

Whether in the cellar, which has recently undergone a major expansion, or exploring new approaches to cultivation and the selection of the finest grapes or in carving-out new markets in Europe, Asia and the Americas, Carlo Alberto is seldom seen standing still.

We invite you to discover for yourself, through the journey of tasting, some of the world’s best wines from Azienda Agricola Paolo Zucchetto.